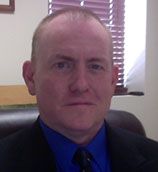 David started his technology career in 1992 with the United States Navy working in the intelligence field as a Predator UAV operator. After 4+ years in the Navy David went to work for General Atomics Aeronautical as a trainer/operator for UAV's, and eventually landed working for the Department of Defense designing and field testing prototype ground control systems for Unmanned systems. In 2003 David relocated to the Shenandoah Valley to take up ownership in a small IT company. After 3 years as a partner in the firm David split of and started Cornerstone, due to his desire to provide full infrastructure solutions to the Mid-Atlantic region and beyond. David believes in more than just providing services to clients, instead our goal is to partner with them.